Your oven will form the heart kitchens, so it's always important to pick the right model. One of the most fundamental things you'll have to decide upon is whether you want a built-in or freestanding oven. Both have their own advantages and disadvantages; just read through this guide to find out what they are.

Freestanding Ovens: The Benefits and Drawbacks

Freestanding ovens sit straight on the floor of the kitchen, usually sliding in between countertops with a little space left over on each side. This means that they can be easily accommodated in most spaces since it isn't critical to have certain dimensions available for installation. They're also a lot easier to install and, perhaps more importantly, far simpler than built-in versions if you ever need to change them out or conduct repairs in the future.

Freestanding ovens also tend to be far less expensive than built-in options, and they are often sought-after for more traditional kitchen designs.

However, they don't present such a clean appearance since they won't fit seamlessly with the rest of the kitchen. This also means that they can be harder to clean since food will easily find its way between the gaps to each side. You'll also have to sacrifice some of the versatility that comes with a built-in oven.

Built-In Ovens: The Benefits and Drawbacks

A built-in oven is actually integrated with your kitchen cabinetry in some way, creating an unbroken appearance which modern homeowners prefer. However, the biggest advantage of installing one would be versatility. A built-in oven can be placed exactly where it suits you, while freestanding models have to sit on the floor. Most people enjoy being able to raise their oven up as it makes removing food and cleaning the interior a lot more comfortable.

Built-in ovens are also more versatile in that they can be made with a gas cooktop and electric oven (or vice versa). This is almost always impossible for a freestanding model. Additionally, they don't present spaces for bits of food to fall into, and you will generally find that they are built to last as long as the kitchen itself.

Of course, the cost of both the oven and its installation will be higher, and any problems that do occur are going to be more troublesome to fix. It will take more time and effort to remove an in-built oven, and you might end up having to cause damage to the cabinetry surrounding it.

You should now have a good idea of whether a built-in or freestanding oven would be best for your kitchen. 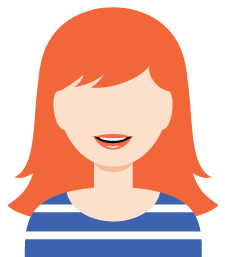 Hi, my name is Kari. As a amateur interior designer, I love playing with colours, designs and arrangements that create a peaceful or tranquil feeling in a home. However, in some cases, you need to do more than just scatter some rugs, furniture and paint around a home. In other cases, you need to knock down walls and remodel your space in order to create the right space for your needs. If you want a home or business that will inspire you toward personal success, you have found the right blog. Please explore these posts. I hope they inspire you and your remodeling contractor to create the space of your dreams.